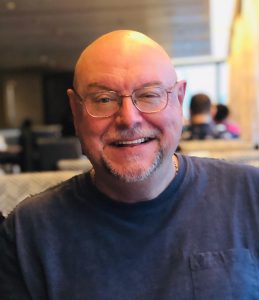 Robert Lewis Heron was born in Glasgow, Scotland. He is a Scottish author, poet and artist living in Florida, USA. Robert initially qualified as an architect through Strathclyde University in Glasgow and relocated to the USA in 2001 where he opened an architectural practice.  He has a passion for writing and has recently retired from his architecture practice and focuses his time on his writing and art career.

He wrote his first full-length mystery novel “Artful Deception” in 2012, and his first book of poetry “Poetry Rhymes Sometimes” in 2015.  His unique style for storytelling captivates the reader through his creativity in twisting and tormenting the reader's imagination. By sprinkling a dry sense of humour throughout his writing, Robert make any harshness more palatable. The reader can expect the unexpected on entering his world of woe and wonderment. His writing has been compared to the style of Christopher Brookmyre. (Quote: “You write like Christopher Brookmyre” from YouWriteOn, a British Arts Council Author review website with affiliations to Penguin, Random House, Orion, Harper Collins, Transworld, Hodder & Stoughton, and Little Brown).

Robert enjoys writing short stories with a moral slant for young children. His stories are small - usually just one or two bites.  It is a more intensely flavoured course of storytelling - short and to the point.

As a Scot, Robert believes that we all have the storytelling gene in our DNA. We are born storytellers.

He is a 'semi-pantser' writer who does not plot every detail when writing his stories - he believes that there is nothing more exciting when sitting down to write than not knowing what is about to happen. On writing the Hamish McHamish books to date, the Hamish character starts at the beginning of each book dreaming of something, then his journey unfolds as Robert taps the keys to write.

Robert also paints both traditionally and digitally and, with his wife Diane, opened an art studio called Two Herons Studio. His digital artwork and his wife's photography have been commissioned by several hotels.

On recently retiring from architecture, Robert and Diane moved to Sarasota, Florida, where he continues to write and create art. A 100+ page ‘Hamish Colouring Book’ with over 50 Hamish book series characters is available on Amazon or from www.hamishfoundation.co.uk.   There are more books planned in the Hamish McHamish adventure book series including: Hamish and the Christmas Elf, Hamish and the Pirate Treasure, Hamish and the Unicorn, Hamish Meets Robert Burns, and Hamish Meets Old Tom Morris.

A selection of his poetry and short fiction was published by the American 2019 National Book award independent publishing winner, Devil's Party Press.

Published through Amazon and Barnes & Noble.

2019 – Nikita - Short story included in Tomorrow Belongs to Her, an anthology of #metoo stories. All proceeds go to Arts & Abilities Fund at Community Foundation of the Eastern Shore, Salisbury, MD.

2020 –The Typewriter Murders - (80,000 words). Genre: Southern Suspense. Actively seeking an agent and publisher for this novel. 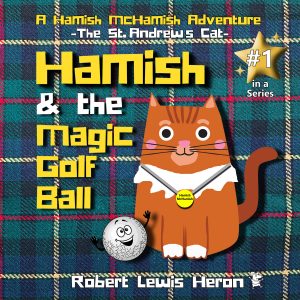