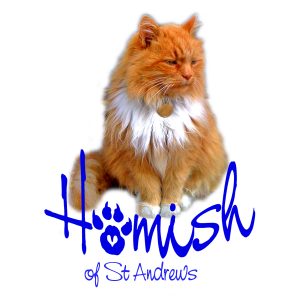 Hamish McHamish (1999 – 11 September 2014) was a ginger cat that lived in the University town of St Andrews, on the East Coast of Fife in Scotland. He came to national and international fame after the book entitled Hamish McHamish of St Andrews: Cool Cat About Town was published. Hamish was believed to bring luck to your business and the town.  If ever there was a queue of traffic it was because Hamish was crossing the road. In 2014 a bronze statue was installed in Church Square to commemorate his life and he presides over the Square with a quietly feline air.

The Hamish Foundation (SCO45383) is a charitable organisation set up by 3 friends who have a love of St Andrews.   Hamish was well loved by the towns people, students and visitors alike and they thought that a charity in his name to raise funds for the good of the town was a great idea. The charity aims to raise money for projects St Andrews particularly focussed on young people.

The charity has already donated funds to Home Start, TCCL, V & A Dundee, Beach Wheelchair Project, St Andrews Voices amongst others and has funded projects such as Santa's grotto in partnership with Starbucks and Fife Council and Family app trails with Global Treasure Trails.  Thankyou to everybody who has donated to date.

In 2018 and 2019 the charity  supported Tourism St Andrews in their campaign to raise funds for Beach Wheelchairs for the West Sands beach.  This project has been hugely successful and we continue to support this project and other initiatives to continue to make the town more accessible. 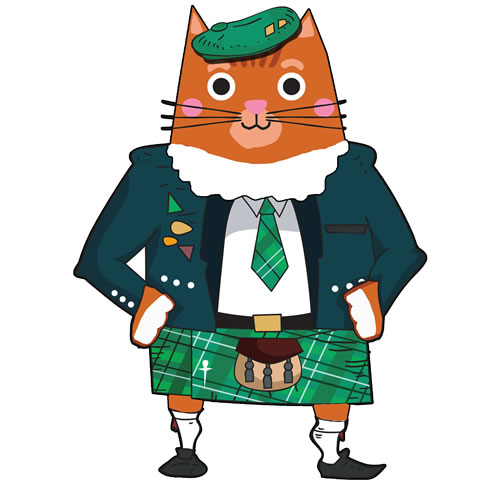 Checkout the amazing collection of Hamish the Cat books for children.  All proceeds from these books goes to the foundation to fund charitable ventures in St Andrews. Only £7.95 each.

See all the Hamish books here 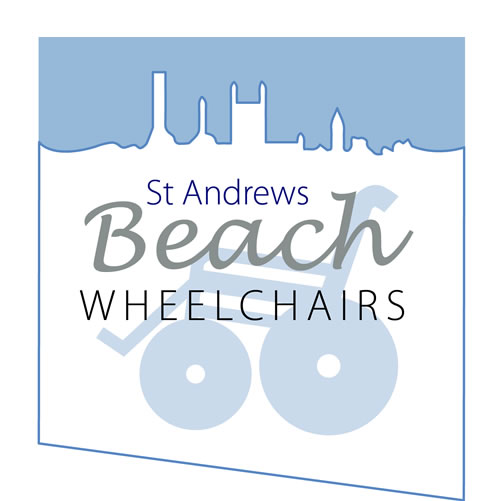 The Hamish Foundation supports the St Andrews Beach Wheelchair service. You can book your wheelchair online here. There are different chair options for different requirements.